St James is a Fairtrade church.  We actively seek to use products bearing the certification of the Fairtrade Foundation and we have strong links with Traidcraft. 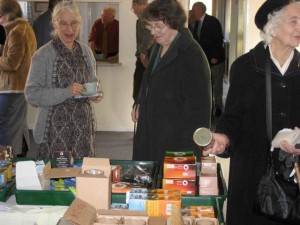 We serve Fairtrade tea, coffee and other products at church events and there is a Traidcraft stall after both services on the first Sunday of the month.  Our stall sells mostly food products from Traidcraft plc, the trading company selling fairly produced and traded goods.